When Auditing Children, What are We Doing?

“There are two stages. 1.  Form a communication line 2.  Do something for the pc.

“Those are the two distinct stages.  It is something like (1) walking up to the bus and (2) driving off.

If you don’t drive off you never go anyplace.”

The definition of rudiments is:  “those steps or actions used to get the pc in shape to be audited in that session. For auditing to take place at all the pc must be “in session” which means (1) willing to talk to the auditor, (2) interested in own case.  Rudiments are actions done to accomplish this.”

(from the Basic Dictionary of DIANETICS & SCIENTOLOGY).

Occasionally, parents bring children in for auditing when there is a problem; the child isn’t sleeping or they’re sick, have behavior problems, an ethics situation, etc.  While that is certainly a commendable action and we can absolutely handle those things with the tech, we are basically just handling the out-rudiments of the case (ethics, body rudiments, ARC breaks, etc.).

While we are happy to handle these situations, it can become somewhat frustrating to the Tech team when the parents don’t want to continue getting any more auditing for them.  Basically all that was done was that we got the child to walk up to the bus!  We now have them ready to climb aboard and drive off but the parent is saying, “OK, thanks!  You can ride the bus another time… wasn’t that fun?”  And usually the kids are saying that they want more auditing because now they see it makes them feel better and do better in life.

Ethics is there only to get tech in so that the pc can actually have gains.  If the effort of getting their ethics in is not rewarded with the gains of auditing, I have often seen the case backslide. Sometimes, when they are older, they’re no longer interested in getting those gains.  It was denied them so often, why bother?  (Failed purpose)

To me, I immediately think that there is some lack of understanding of who and what we are auditing when we audit children.

Well, let’s see what Ron says about that in the article “How to Live with Children” in the Childrenbooklet:  “A child is not a special species of animal distinct from man. A child is a man or a woman who has not attained full growth.”  LRH

So who then are we auditing?  We are auditing spiritual beings with little bodies who now need to reorient themselves to the new body and its capabilities.

In an earlier article, I explained the use of “His/Her time” or “Special Techniques for Children” (as it is more technically called) during the child’s auditing time and how this is used to not only establish a communication line with the auditor, but also to handle any problems and upsets (the rudiments) a child might have before the session.

So what then can you possibly audit with an infant, baby or child?  There are many, many processes that help a being get oriented to the physical universe and become in better control of his body and environment.  The results of this have been a happier child, who grows well with little illness and accidents.

As a child gets older, there are many processes that flatten buttons on help and control; their control as well as their tolerance of being controlled by others, which of course is important in being a valuable team member.  There are also many processes that uncover and validate the abilities of the being and help validate their abilities to make pro-survival decisions.  There are many processes on communication and the ability to communicate more freely.  And that is just a few of the many things that can be addressed in a child’s auditing.

Simply by clearing the words of the auditing commands, I have found that children get an education and better understanding of communication and how it works…even with objects!  How does the physical world communicate to us?  We clear words like: interest, curious and lookwhich teach a child to observe rather than to take things at face value.  We clear words like:decide and control so that they understand that to control, one must first decide. These are all valuable life lessons that lead one not to be afraid of responsibility and causative action.

I also find that children who have been audited, grow up to be much more responsible teens. Then, as adults, they have a much smoother time with work and in life.  I can only base that on my observation of the statistics of these teens and adults that I know and have helped.  However, I have seen enough of them to know that that is a true statement.

I invite you to take advantage of the wins both you and your children will have as they progress through their auditing.  I hope the above answers some of the questions you may have regarding auditing and your child. 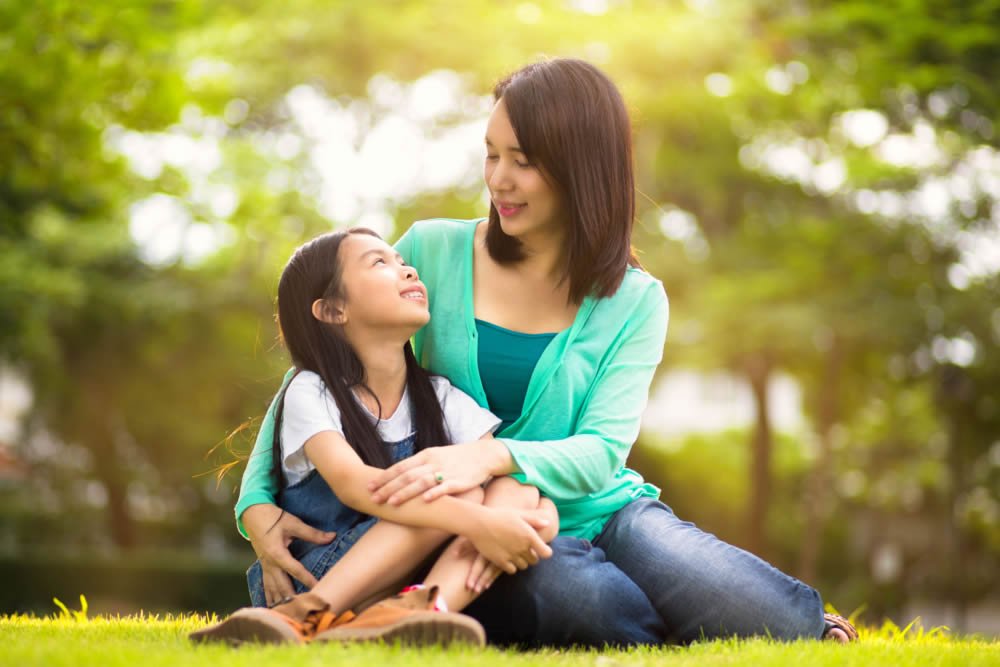 Let’s play a little game, shall we?

Close your eyes. Now imagine you are three years old. Standing, sitting or on someone’s lap, I don’t mind.

Ready? Now that you are there I have something I have to tell you. Have a bit of bad news, actually. You can’t have auditing for the next ten years.

There. How’s that feel? Lousy? Depressed? Does it make you mad? Well, how do you think your kid feels? However, you’d be amazed at the amount of times I hear – “The kids are fine. They are going to school, doing their thing. Why should they go in session? Let’s wait until they are a bit older.” But if you were a kid how would you feel, watching your parents and others go in session, feeling locked away from the gains, out of the loop…..

I hear this too: “They don’t know what they are missing.” Baloney!! I’ve worked with hundreds if not thousands of kids over the years, and you know something? Almost every toddler I’ve ever run into recognizes LRH. They generally point to his picture and say “Ron!” Don’t tell me they don’t know.

So what happens when you deny your kids auditing? Well, LRH says in Keeping Scientology Working:

“Therefore the road before Scientology is clear and its ultimate success is assured if the technology is applied.”

So the rule is simple. Deny the kids auditing, deny the kids the tech for whatever reason and you get – trouble. And if you wait, by the time you do offer them the tech, very often they won’t want it anymore. They will say, “Nah, who cares about that stupid stuff? I never really wanted it anyways. I got more important stuff to do, like hang with my buddies playing Halo or listening to my MP3.”

I know that there is a group agreement out there that times are scary and a bit tough, belts need to be tightened, priorities rearranged. Just do me one little favor.

Don’t put your kids’ Bridge on the back burner. Don’t deny your kids the tech.

Or maybe one day you’ll wake up and your kids won’t want Scientology anymore. Whew. Isn’t that the scariest thought of all?