I Have Seen Hope and It Is… 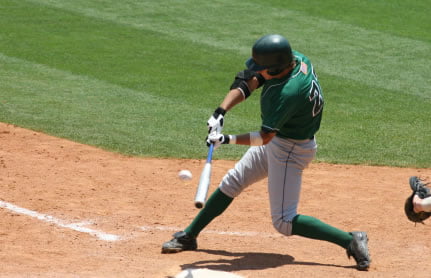 I saw a teenage boy learn that intention is cause. We had talked about it during one of my seminars. He accepted that it could be so even though he had a small body and was a bit timid. Then he found himself in a baseball game. He was at bat. His intention was to hit the ball as hard as he could. He did. It was a home run. He told me he made it happen and now he knew his intention worked. He is now a young man; an executive in our Church.

I saw a teenage girl learn that she was worth something. She knew she was beautiful. She knew her family was well-off. She had most anything she wanted. She was an OBJECT of much admiration. But she was an object. She was throwing her life away on destructive activities. Then she learned that she was not an object but a being. She learned that she could help and she could make a difference in the lives of others. She learned how to care. She learned how valuable she really was. She had her life repaired. Now she is a successful mom and physical fitness trainer. She makes a difference.

I saw a teenager girl who was using drugs and giving her body away for sexual favors learn that she had integrity and morals. She had been seeking friends in all the wrong places. Then when the police searched her for drugs it was a wake up call. Who really were her friends? She found she had some, including me. She learned the magic of using the Ethics Book; she changed the conditions in her life and is now on her way to a successful career helping others.

I saw a family torn apart in the strife of rebellion from their teenage daughter learn that they could love again. She was beautiful. She was smart. Her family was affluent. She had it all. And she was throwing it away with drugs, sex and failing grades. Then she got into a safe environment and was audited. She learned her parents were her friends and that the reason for the difficulty was she had secrets from them. She got the secrets off to her parents and they loved her even more for it. Now her parents are Grandparents and she is a happy mom with a great husband and a successful career. Her life was repaired.

I saw a young boy who was full of fear and violence learn to be kind. When he drew pictures it was of war, explosions, monsters, weapons and fighting. His pictures were heavily drawn in pencil strokes making it all the more bleak and black. He had trouble getting along with others and had been bouncing from one school to another because of discipline problems. He finally got audited. The fear and violence went away and was replaced with fun and vitality. He had his life repaired. He is now Clear, lives in Europe and is training and auditing on the upper levels of the Bridge.

I saw the news today and it made life sound sad, bad and bloody. They need their life repaired.

I saw young people today at Mace- Kingsley come smiling out of session, getting their life repaired.

I saw hope and it is alive and well.